How the campfire song song relates to me.(CRR#2)

Published on:June 15, 2018 Category: Uncategorized No Comments on How the campfire song song relates to me.(CRR#2)

I woke up to the sound of gunshots fired right next to my ear. Alex shaking me  awake yelled “Joe, wake up dude!” I spring up to grab my rifle, we weren’t allowed to kill the cuban rebels, so we used the same tranquilizer darts used on deer. When all of a sudden Alex falls over and the other soldiers in my platoon fend off the cuban rebels while I inject Alex with the medicine that was issued for gunshot wounds and called a medic over. The medics put him in the plane to fly him over back to New York, the medical hub of the east. After the attack, I went on my normal routine; standing in the watchtower watching for rebels or attackers from the west. Nothing happened, as usual, except I saw a lot of eastern tanks going to the west side of the island and loading onto a carrier, I thought nothing of it, until the next morning…

I’m being transferred into Mexico, I know nothing else for sure, but there is a rumor going around saying that one of the western rebels that we captured, after interrogation, spilled that they’re trying to “free” Mexico, “I’m not sure what those stupid western rebels think they’re doing, Mexico’s better off in the hands of The United States, they were a mess before we saved them” I said to Jim during lunch, he agreed and we went on our way. I went to play a round of golf, then packed my stuff for when I leave tomorrow. 5:15 in the morning and I have to board a gigantic cargo plane with 450 other men. I sat next to Jim and fell asleep for the plane ride, luckily. The plane finally landed in Mexico City, where I unpacked in the barracks for half an hour. It was a lot hotter in Mexico City than back in Havana, probably about 5 or 6 degrees hotter. After unpacking, my squad and I were sent to the hills just a mile south of Mexico City to overwatch the city for the attack, my squad consisted of me and 2 other guys, snipers like myself. After an hour and a half I finished my ghillie suit and got set up by a nice rock. I layed there for 6 hours until I see western rebels.I see a rebel recon squad on the west hills of Mexico City, I radio the command center along with my squad asking if the squad on the west hill is ours or theirs.

My radio is silent for about 7 seconds, “no… th… clo.. Now… copy?” I hear over my radio, I reply softly “I do not copy” after a couple seconds I hear “No, they are not ours, closing in on them now. Copy?” “Copy that” I say back into the radio “They’re running away, I’m shooting”, my spotter says “810 meters” I take my shot, look for it through the scope, at the same time I load in my next 5.56 round, I see one of them fall, someone else goes to try to drag them out, good soldier, but a fatal mistake on his part, “812 meters”, right after I radio in “2 confirmed kills, the other 2 are running up north, over” a few seconds later I hear command radio back to me “Nice work, stay where you are at, and we will attempt to capture the others, copy?” of course I reply, “Copy that, over and out”. Later, I hollar over towards my squadmates asking if they’re done for the night, I get 2 yes’s so I say back “I’ll stay up, you two get some shut eye”. After, a few times of almost falling asleep, I see that car come back that went after those people, an official United States Military Transport Vehicle, or an old Humvee that the government repainted black with blue letters saying “USMTV” on it. After a few hours that truck goes back out again. Once I saw a green painted tank cross over the dirt road I got up and started running towards the cop car my squad was sleeping in while radioing in to command center “enemy tanks coming over the west hills, 3”, I wake up both my squadmates in the cop car they go lay down with me, we notice the small battalion trying to flank the city from the southeast, they blow the wall and us three drop most of the squad then, all of a sudden my squadmate Pvt. Log got shot in the right shoulder, I yell at my other squadmate Sgt. Falls to start up the car as I grab Pvt. Log by the left shoulder and drag him into the car. We drove south about 40 miles to find that the airport is still east controlled, they flew us back, the private to New York City, me to Washington D.C. and I don’t know where the Sergeant went.

When I got to Washington D.C. I saw president Edith Moody announce me as the official leader of the United States of America. Then, he gives me permission to truce with the other side, so I put on my exoskeleton and jet pack and start running to the scheduled place. I arrive at the border of Iowa and Nebraska I see two people with their green uniforms and exoskeleton suit I jump off the hill and activate my jet pack to get halfway across the ravine and he did as well, when I got halfway in, I proposed “The United States of America requests that we return to the state of being one nation”, then he replies with “we accept your request and we will reunite as one”. I ran back to Washington D.C. to deliver the good news, that guy looked oddly familiar.

Go check out the other side at cooperjsblog.edublogs.org

Published on:May 17, 2018 Category: Uncategorized No Comments on My Name tag

On Sunday May 6th, my mother and I went to Dick’s Drive-In. Dick’s is a 1950’s style fast food drive-in established in 1954, Dick’s has 6 locations all located near Seattle. Dick’s employees receive 14 dollars an hour, can earn a $25,000 scholarship, and can use unused scholarship money on $3,500-$9,000 of childcare and free healthcare and 100% free dental care for non-smokers and 50% covered for smokers. They are most famous for their burgers and milkshakes but they also have ice cream, soda, and fries. Dick’s is inexpensive, but still taste good, when I went, I got a Dick’s Deluxe with a strawberry milkshake and fries. The service was surprisingly quick, it took about 20 seconds after we made our order, it would’ve been quicker if we didn’t order milkshakes as the kitchen is right behind the counter, the milkshakes are stored in the freezer in a cup then they mix it on your order. The Dick’s Deluxe has 2 ⅛ patties, melted cheese, lettuce, mayonnaise, and pickle relish for $2.90. Dick’s was absolutely delicious, the fries were amazing, and the milkshake was delectable, but the burger, the burger may have been the best fast food I’ve had in my life, the burger was heavenly. The food overall was great, and if you are ever in the area, I cannot recommend Dick’s enough, the theme was different, but still very good. The service was extremely quick, especially for how good it was, and if you don’t order a milkshake then it will be extremely quick. Also, Dick’s treats their employees very well and is an extremely morally good company that is local to the Seattle area. Speaking about the employees, the cashiers are very nice and understanding even when it was loud and busy and hot. So, final verdict, Dick’s Drive-In is definitely worth it at a tremendously low price with still maintaining extremely good quality, and lovely employees.

With help from Cooper Biliter 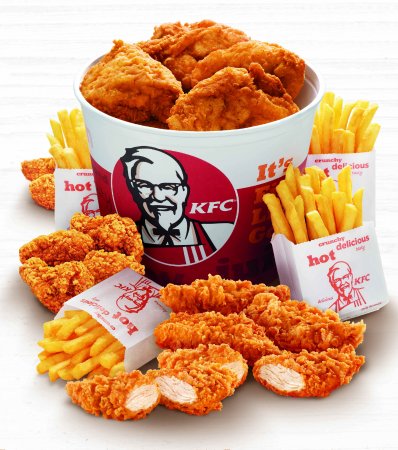 Published on:April 26, 2018 Category: Uncategorized No Comments on KFC: A Haiku

Excerpt from my world famous autobiography

I remember that one time I fought a dinosaur. It was May 3, 1964 and I had just finished my time machine “oh, heck yea” I shouted as my time portal filled the room like the fill moon on a clear night. I was so excited that I went and made a sandwich, turkey and cheese (with mayo, pepper, and pickles of course), but what I didn’t know was that my portal was still open and a visitor was going to come through.

END OF PART ONE

I ran down to the basement with my sandwich (and keep in mind that there was no more bread until my mom got back which could be upwards of 4 hours. Then I was flabbergasted as I saw a pterodactyl, it was big, blue, and green. “Well this is great” the pterodactyl said and then I responded with AAAAAHHH AAHHH AAAAAAAAAHHHHHHHH”

Published on:February 15, 2018 Category: Uncategorized No Comments on Excerpt from my world famous autobiography 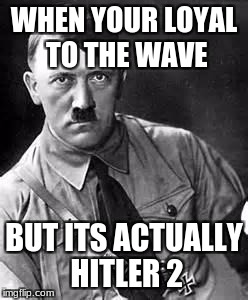 In the wave, the student were loyal to Mr.Ross and the wave (except one girl). Mr.Ross at the end told all of the students that they were basically the Nazi party and he was Hitler. All the students that were in the wave thought it was perfectly harmless and a lot of people joined just to fit in because for example the one guy(unnamed) got beat up in the wave because he didn’t agree with it representing the people that didn’t agree with what the Nazis were doing and they would die or get sent to a concentration camp. Also there were some people like Robert who were super duper loyal to Mr.Ross(Hitler) which were like every one of Hitlers army, and his supporters were like just the people who supported the wave. Also, the students that supported the wave didn’t see anything wrong with it and didn’t actually know what was happening, like the citizens of Germany in World War 2, which, was Lorry’s question- why did the people of Germany just let all those people get killed, and the answer, they didn’t even know it was happening. The irony in the meme is dramatic because the students in the wave and the citizens of Germany had no idea what was going on in Germany most citizens didn’t know that people were being killed and being put in concentration camps, and in the wave the followers didn’t realize that it was basically the holocaust and they all were pretty much brainwashed.

Hannah Blair helped the continental army by giving soldiers food and medical help and shelter, and after the skirmish of Dixon Mill in 1779 she hid wounded soldiers. She was never in battle due to her being Quaker, but she did help wounded soldiers throughout the war. Hannah Blair supported the Continental Army.

Hannah was Mother of 13 children, worked tending a farm, and was married to Enos Blair  married 10 May 1775 in Guilford.

This is my favorite book right now the only way to figure it out is by watching it so you should watch it right now, do it.

Hey whats up guys Hanzo here, today I am assigned to make a welcome post and I am. Welcome. I like to eat a lot of food like burgers and spaghetti.

Published on:September 22, 2017 Category: Uncategorized No Comments on I have been requested to write a “Welcome Post” so I am
1 2Next Page »